The Fishermen - substance over style 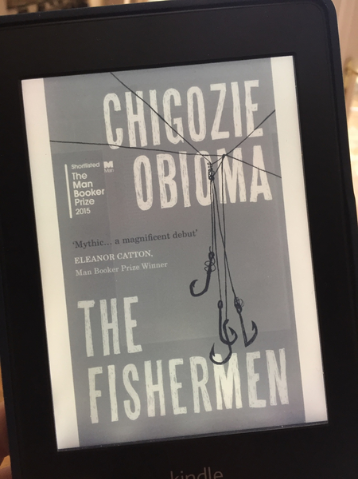 The Fishermen by Chigoze Obioma (Little Brown, 2015). Four brothers in rural Nigeria do what brothers do and get into scrape after scrape. Things get out of hand though thanks to the cocktail of a village madman, a violent prophecy, and sibling rivalry. Way out of hand.

There’s a style of writing which probably has a proper name I don’t know about, so I call it parable-writing. That kind of stripped back language that carries an ingrained weight. You know the kind. It’s basically the whole Bible. And a lot of kids’ stories.

Like pretty much everything else, when used, it either works or it doesn’t. It either lands with heavy footfalls, gravity and authority from the get-go. Or it flounces, with the quality of a five year-old trying to explain why they should get to stay up late; breathless and unconvincing.

This book was all parable-writing. And it was Man Booker shortlisted. So you could probably deduce that it landed right. And yeah, it sort of did. And it sort of didn’t too.

There were a few stylistic tricks used in the way chapters started. Consistent forms used over and again which, after a while, I got kind of tired of. I knew what was coming at the start of each chapter. A short statement. A tight-focus explanation of that statement. A pullback to the wider context of the story. And then back into the story itself. It’s neat and it works, but not over and over.

And I was bought into the parable-writing for the most part, but found myself, at the end of the book, looking forward to reading something else. Which I figure can’t be a good thing. You’re supposed to finish, breathing heavily, eyes open and hungry to flick back over the pages to check things and reread things and recapture things. Right?

Didn’t happen here. I mean, I had a few moments of "well, that’s done now, how interesting". But only a few moments. Then, like I say, I wanted the next book. And not just the next book, but a book that was not similar to this one. I wanted to leave the parable writing behind.

So the style and language sort of landed and sort of didn’t. But that was overshadowed by the story and the character. Both hit me hard. The setting, the world, the narrator, the turns of events, the emotion; that stuff worked just fine and got to me good. That’s what drove me through this and what I’m guessing landed it on the Man Booker shortlist. That stuff comes across as real. The drama makes you anxious, and the relationships break your heart. So, yes, that stuff landed A-OK.

And for that, the score is a decent one.

Half good ingredients. Half average ones.

Next week, a biggie. Maybe the biggie of the 90s.